ADVERTISEMENT
The 5 Busiest Airports in the US 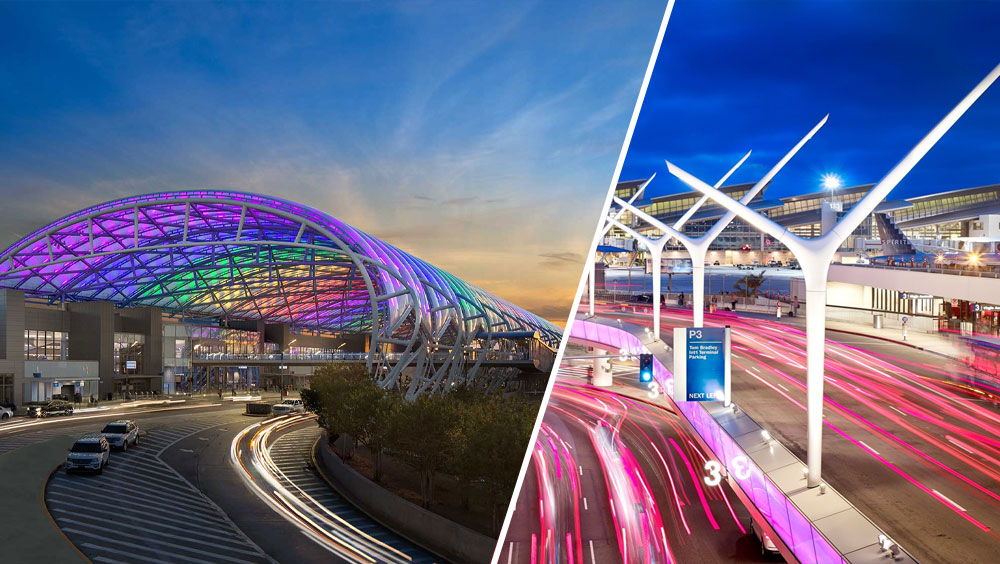 Air travel can be a stressful experience, even more so if you don't know what to expect. Here's some information about the busiest airports in the US so you can plan your visit ahead of time.

Much like Los Angeles itself, LAX is known for being a busy place to travel through. Over 23.6 million travelers passed through LAX in 2021. A near-constant flow of incoming and departing planes, along with eight terminals, make it a hectic and somewhat intimidating place to navigate. However, most major airlines go into LAX, so it's a great place to connect for an international flight. You can also find plenty of entertainment and food past security, making it easy to pass the time in case of a delay.

The Windy City has two commercial airports: O'Hare and Midway. Midway is all the way down the list of the busiest airports in the US at number 26, but O'Hare ranks at #4, having welcomed 26.3 million travelers in 2021. The difference is mostly due to O'Hare's international terminal. While Midway is a convenient place to connect for domestic flights, O'Hare offers more food and drink (how about some of that famous Chicago deep-dish while you're there?) and more international flights, so it ends up much busier than Midway.

Denver International Airport is known for being the subject of many conspiracy theories, but it's also the third busiest airport in the US! 28.6 million people visited Denver International in 2021. With plenty of art to admire throughout the airport, including that giant horse statue out front, there's a lot to see while you wait for your flight.

Everything's bigger in Texas, as the saying goes, and the airport is no exception. Besides the millions of tons of cargo passing through every year, there were just over 30 million travelers at DFW in 2021. Since Dallas-Fort Worth International serves two major cities within a large metropolitan area, it makes sense that so many people would stop in for a bit of Southern hospitality before going out to explore Texas or continuing on to other destinations.

The number one spot for the busiest airport in the United States goes to Atlanta's Hartsfield-Jackson Atlanta International Airport, which outpaced DFW by over 6 million travelers in 2021 to total 36.7 million! Atlanta is a "hub" or "focus city" for several major airlines, including Frontier, Spirit, and Southwest. Hartsfield-Jackson is the only major airport in Atlanta, so unlike Chicago's two airports, there's no competition nearby. It's also continuously expanding and improving its terminals and facilities, which attracts plenty of travelers and contributes to a pleasant air travel experience.